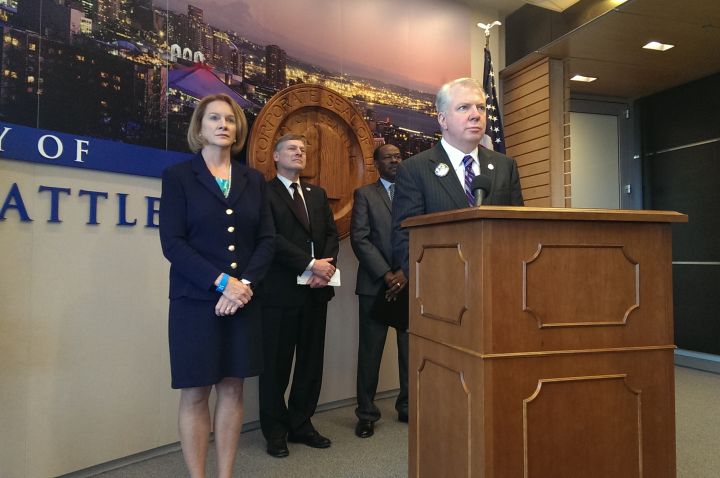 “For the second day in a row, I’m speaking to you once again because our city and our nation is shaken,” said Mayor Ed Murray as he opened yesterday’s press conference.