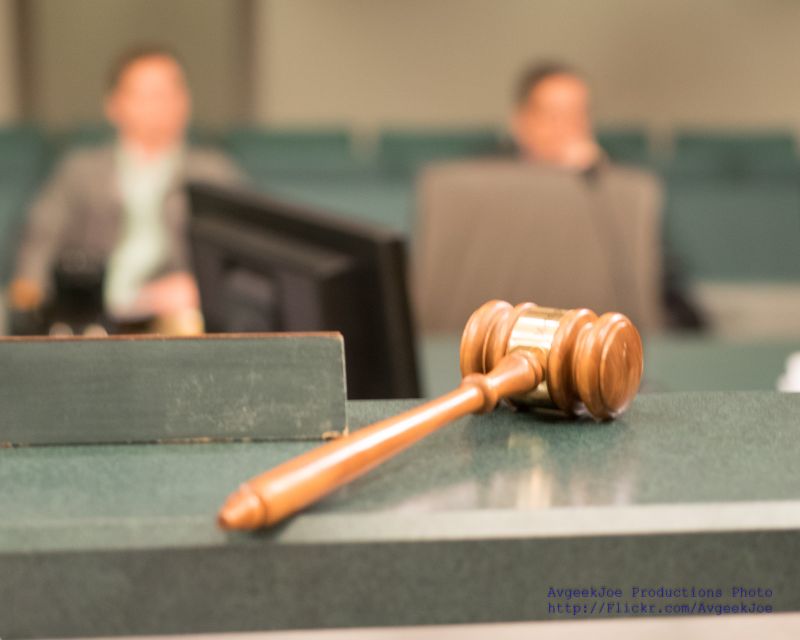 Last year, on June 24, a 20-year-old named Giovann Joseph-McDade was shot to death by Kent police. The inquest hearing investigating the circumstances of his death by law enforcement was held in December. His mother, Sonia Joseph, was not prepared emotionally or financially for what befell her.

Joseph, a single mother of color, couldn’t afford an attorney for the hearing. Through community support, she obtained one last minute.

But then the inquest’s presiding judge, King County District Judge Susan Mahoney, didn’t let Joseph’s lawyer participate in the trial. With her attorney barred, Joseph was left to represent herself. Fed up with the process, Joseph stood up in court, said how unjust the process was, and left.

One month later, Joseph, along with other families of people shot by police and those involved in the prosecution, gathered Tuesday afternoon for a King County Council committee hearing on changing the inquest process, including providing families an attorney to navigate the process.

As it stands, the county pays for inquests, which occur automatically when an individual dies at the hands of police in King County. The inquests are meant to serve as fact-finding hearings where six jurors determine yes or no answers to attorneys’ questions after listening to testimony to cement the circumstances of the death. Prosecutors can then use these decisions to recommend or press charges.

Rarely, however, are officers charged in the aftermath of these hearings, and advocates say that’s in part because the survivors of those killed by police aren’t allowed to challenge the official narrative during the inquest.

The measure before the King County Metropolitan Council’s Law and Justice Committee would give every family an attorney, regardless of income, paid by public funds for legal assistance in inquests. Attorneys would come from the Department of Public Defense (DPD).

“I’ve been working side by side with Sonia and to see her slapped in the face, I felt her pain,” said Monika Williams, whose sister, Charleena Lyles, was killed by Seattle police last June. “There’s pretty much nothing you can do.

“Whether you’re on the right or wrong, you’re going to be wrong. [The Children of Lyles] are still emotional of course, but that’s something we’re going to have to deal with for the rest of their lives.”

Another mother of color whose son was killed by police said she’s been calling nonstop to figure out what’s going on with the inquest hearing but hasn’t gotten a single answer. “It’s been horrible getting help,” said the woman, who asked not to be named. “I have three children at home. Since I lost my son, I’ve been put out of the house I’ve had for eight years.”

King County Prosecutor Dan Satterberg spoke in favor of the measure, saying that providing lawyers to families for inquests is “not required, but I think we should.”

There have been 34 inquests from 2012 to 2016 as a result of fatal law enforcement interaction in King County. Of those 34 inquests, 22 families didn’t have private or pro bono attorneys.  Providing legal counsel would be cost-free for taxpayers. The Department of Public Defense reports the ability to provide attorneys with existing staff and resources, according to the Council’s proposal handout.

Another Lyles cousin, Tonya Isabell, said the Lyles family had the support of Not This Time, a nonprofit run by the survivors of Che Taylor, who was killed by Seattle police in 2015.  The nonprofit helped organize the family, prepped them for clear messaging and press releases. Not This Time made sure the family’s side of the story was told.

Not everyone was in support of the legislation. Judge Donna Tucker expressed deep concern over blurring the lines between the executive, legislative, and judicial King County branches. Tucker felt this legislation further blurs these lines.

“My office has been having this conversation for 12 months,” she said. “The King County District Court is separate.” She went on to say families can still participate and ask questions even without attorneys. Tucker also specified justice is irrelevant in inquest hearings because they exist for fact-finding. The judge also explained using the Public Defender’s office could create a conflict of interests as those same defenders represent people in criminal cases.

King County Councilmember Jeanne Kohl-Welles responded saying what was unjust here is the issue of representation for families. “I can’t imagine anyone who wouldn’t be intimidated by this process,” she said, “especially someone who is grieving.”

Anita Khandelwal, with the DPD, said her office did not share the judge’s concerns over conflict of interest. “The Public Defenders has a pretty robust system in managing conflict,” Anita she said, meaning the DPD has experience differentiating between who can and cannot represent a family because of previous cases an attorney might have covered on criminality for anyone involved.

Councilmember Rod Dembowski jumped in to support the legislation, adding that inquests are important and necessary because they add transparency to the public. All other related but separate processes, like court proceedings, do not. “To me, the process is about truth and fact-finding,” he said. “It doesn’t mean it’s a perfect process but it’s public.”

Lisa Daugaard, director of the Public Defender Association, said if this passes into law, it should be called Sonia’s Law.

“I’m honored, but I don’t think it was all me,” Sonia Joseph said, teary-eyed after the proposal passed out of committee. “It’s everyone that was here. Things were already moving in a direction and what happened to me just pushed it over the edge. Me taking a stand was just a last straw. This community just doesn’t want to stand for it anymore.”

She expressed feeling overwhelmed and overjoyed because she felt this was going to help so many people like her. But their work isn’t done. Joseph said there’s much more that needs to change.

“I am still sad and angry because of what happened to me and my son’s inquest,” she said. “I haven’t accepted it. It is already done but…we’re moving in the right direction.”